Home > About....Knowing More > Israeli Love Day
Welcome to your source for designer Israeli Jewelry and Gifts. Buy and enjoy your chic and special jewels from the comfort of your home or mobile. 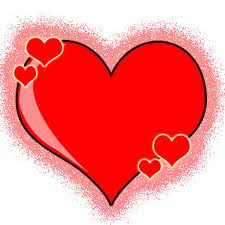 Outside of Israel, Tu B’Av, the 15th day of the Hebrew month of Av, is the most minor of holidays. In Israel, almost everyone has heard of the holiday of Tu B’Av because it has been warmly embraced by the secular public as a kind of Valentine’s Day , since the holiday is also known as “the Day of Love.” 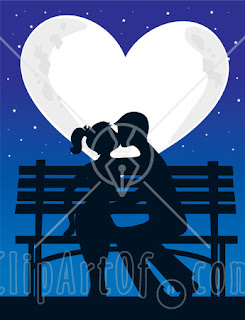 What is this holiday of Tu B’Av? 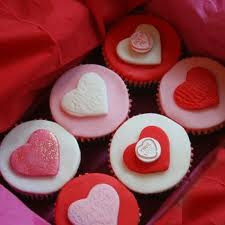 A clear reference to the day is found in the Mishna, written almost 2,000 years ago. The Mishna speaks of Tu B’Av as a festive day upon which the “daughters of Jerusalem” would go out into the vineyards with white clothes that they had borrowed (so that no could tell who was rich or poor), and the girls would sing: “Boys, choose carefully. Don’t look at appearances, but look at our families, for it is written, ‘Grace is deceptive, Beauty is illusory. It is for her fear of the Lord that a woman is to be praised.’” 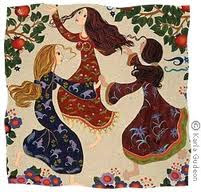 Here, therefore, is an original source for Tu B’Av as a Jewish “Day of Love.”

Historical significance There is no way to know exactly how early Tu B'Av began. The fifteenth day of Ab was a popular holiday during the second Temple. The holiday celebrated the wood-offering brought in the temple.

The first mention of this date is in the Mishnah (compiled and edited in the end of the second century), where Rabban Shimon ben Gamliel is quoted saying, "There were no better (i.e. happier) days for the people of Israel than the Fifteenth of Av and Yom Kippur, since on these days the daughters of Israel/Jerusalem go out dressed in white and dance in the vineyards. What were they saying: Young man, consider whom you choose (to be your wife)…"( Taanit, Chapter 4).

Unmarried girls would dress in simple white clothing (so that rich could not be distinguished from poor) and go out to sing and dance in the vineyards surrounding Jerusalem. The Talmud states that there were no holy days as happy for the Jews as Tu B'Av and Yom Kippur.

Various reasons for celebrating on Tu b'Av as cited by the Talmud and its commentators:

While the Jews wandered in the desert for forty years, female orphans without brothers could only marry within their tribe, to prevent their father's inherited land in the Land of Israel from passing on to other tribes. On the fifteenth of Av of the fortieth year, this ban was lifted. Tribes of Israel were permitted to mingle with each other," namely: to marry women from other tribes (Talmud, Taanit 30b). This Talmudic source probably is alluding to a story in the book of Judges (chapter 21): After a civil war between the tribe of Benjamin and other Israelite tribes, the tribes vowed not to intermarry with men of the tribe of Benjamin.

That same year, the last of the generation of the sin of the spies, which had been forbidden to enter the Promised Land, died out.

Cutting of the wood for the main altar in the Temple was completed for the year.

Tu B'Av is both an ancient and modern holiday. Originally a post-biblical day of joy, it served as a matchmaking day for unmarried women in the second Temple period (before the fall of Jerusalem in 70 C.E). Tu B'Av was almost unnoticed in the Jewish calendar for many centuries but it has been rejuvenated in recent decades, especially in the modern state of Israel.

It is gradually becoming a Hebrew-Jewish Day of Love, slightly resembling Valentine's Day .

It should be noted that Tu B'Av, like several Jewish holidays (Passover, Sukkot, Tu Bishvat) begins on the night between the 14th and 15th day of the Hebrew month, since this is the night of a full moon in our lunar calendar.

Linking the night of a full moon with romance, love, and fertility is not uncommon in ancient cultures.

For almost 19 centuries--between the destruction of Jerusalem and the re-establishment of Jewish independence in the state of Israel in 1948--the only commemoration of Tu B'Av was that the morning prayer service did not include the penitence prayer (Tahanun).

In recent decades Israeli civil culture promotes festivals of singing and dancing on the night of Tu B'Av. The entertainment and beauty industries work overtime on this date. It has no formal legal status as a holiday-- it is a regular workday--nor has the Israeli rabbinate initiated any addition to the liturgy or called for the introduction of any ancient religious practices.

The cultural gap between Israeli secular society and the Orthodox rabbinate makes it unlikely that these two will find a common denominator in the celebration of this ancient/modern holiday in the foreseeable future. The way that modern Israel celebrates this holiday, however, is a little different from the way it was celebrated in the days of old. 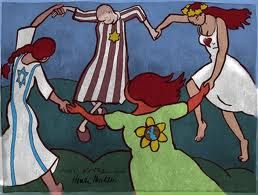 On Tu B’Av in Israel, restaurants as well as music, dance, and theater festivals all try to capitalize on this romantic holiday by promoting events for lovers.

We offer our hebrew poesie rings as a present for your and for your beloved. Look at our Ani le Dodi rings assortment or the ring

Multitude of Waters cannot extinguish Love or any of the many other models and verses.
Tweet